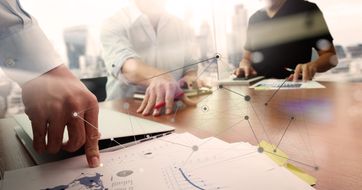 The Team at ECFS has substantial experience in developing and operating film and TV production facilities around the world.

Bill has chaired a revival and onward sale of a film industry supplies business. In recent years he has emphasised personal investing in a range of business including healthcare, technology, green energy and food.

Bill has Chaired Essex Universities Board of Governors and helped institute and supervise £200m+ plan, design and build of a business school, a new library facility and two teaching blocks. He has been an active board member of a number of children’s charities including the world-famous Coram and Foundling Museum.

Norman is a Fellow of the Royal Institution of Chartered Surveyors.

He is the former Managing Director of Norman Reid & Associates Ltd and a former director of Clyde Homes Ltd.

In these roles, Norman was responsible for the delivery of 20 Nursing Homes and 900 homes.

Ian Lochhead is a Fellow of the Royal Institution of Chartered Surveyors and former Director of Deloitte Real Estate, previously heading up the Transaction/Agency Team in Scotland.

Ian has extensive agency and development experience having been involved in a number of complex projects in the Scottish market.

Recently, Ian has been involved in advising Police Scotland on their estates strategy and the SFRS on HQ relocation.

As a former RICS Registered Valuer with extensive valuation consultancy experience advising both public and private sector clients across Scotland, Ian brings a strong commercial eye to the Team.

Jim has a longstanding connection with Film & Media sector construction projects including the appointment as Development Manager for Warner Bros on the development of the WB Leavesden Studio.

Jim was also the lead Development Manager on the subsequent development of the Harry Potter studio tour facility, also at Leavesden, which opened in 2012.

Jim's considerable expertise in construction & property development provides a guiding eye that aids in the steadfast delivery of the project from inception to handover by coordinating the Contractors, Design Team & Statutory Authority partners to ensure that the project is both sustainable & complementary to all relevant planning conditions.

Scott Carnegie has over 25 years experience of advising on Fundraising and Business Restructuring for Small & Medium Sized Enterprises.

During that time, he has also held several Executive Director roles with client companies giving him hands on experience in running businesses in several market sectors. He continues to sit on many Boards in both Executive and Non Executive capacities.

Keith O’Donnell has a long-standing
connection with Financial Services
Technology including an appointment
as Vice President for Emerging Tech Innovation within a Tier 1 Global Bank.

He has a long-standing relationship with ScotlandIS as a technology ambassador for Scotland, serving to connect multiple Technology Clusters internally & externally.

Keith has also been recognised as a distinguished Alumni of the University of Strathclyde for his technical expertise and his focus on the Technology ecosystem of Scotland.